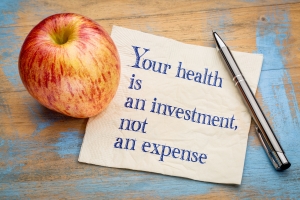 Many people are all too familiar with Candida fungal infections and its terrible effects on our immune system, kidneys, liver and brain. Many people believe Candida lives only in the intestines or in the vaginal area; the facts are that Candida can live in every tissue in the body. Candida infections often start in the intestines, then the Candida spores actually spread through the entire digestive tract until it reaches the throat, then the lungs. From the lungs it enters the Alveolar sacks where the blood is exposed to oxygen, the Candida is carried throughout the entire body systemically in the blood. Once it’s in the blood there’s no limit to the extent of the infection. The opportunistic pathogens of the genus Candida, candidacies describes a number of different disease syndromes that often differ in their causes and outcomes.

Why is Candida so hard to kill? The truth is that Candida can mutate very easily to adapt to the complex chemical structure of both Anti-fungal herbs as well as prescription drugs. The more complex the chemical makeup of the anti-fungal agent the easier it is for the Candida spores to adapt, however if Candida comes into contact with a less complex substance such as Oxygen or Bleach for example it can’t mutate, it can only try to go dormant to avoid death. So every time anti-fungal herbs are taken Candida will either mutate or go dormant to survive, or burrow itself deeply into the tissues where the medicine can’t reach it, it may seem as though the infection is gone when in reality it is only on hold. Even the blood can look free of Candida spores, when they are actually colonized in the tissues of the body, staying far from the anti-fungal agents being taken by mouth or topically. Let’s face it when we take something by mouth, there is a limited amount which can actually be absorbed into the blood. Usually there is far too little of the medicine actually getting into the body to destroy the infection in all the tissues, remember Candida goes everywhere in the body. When it colonizes, it forms dense masses of fungal colonies which can’t easily be penetrated. We must saturate our body with a very simple yet effective anti-fungal agent, something that Candida can’t adapt or mutate against. At Alternative Health Concepts we have a new therapy that is blowing away Candida infections like never before, within days positive changes can be seen by the recipient of the therapy. Candida die off is usually terrible, however with this new therapy Candida, dies off so fast it can’t produce its negative effects.

Aspergillus, Stachybotrys and Pennicillium are a few types of toxic molds. We offer Mycotoxin testing so you know exactly what type of mold chemicals are in your body. Once we get the test results we can design a treatment plan to suit your needs. Sodium Bicarbonate IV’s are part of these treatment plans, along with IV PhosphatidylCholine as a binder, Glutathione IV’s and oral binders too!

We offer a very well rounded treatment plan which takes about 2 weeks to complete, it is very effective and can help to boost the immune system, detoxify tissues and alkalize the body. This new therapy has 25 years of success behind it which allows us to see that there is hope!!!

Our Anti-Candida therapy includes several different types of treatments to encompass every aspect of your healing. We help give your body a fresh start, wipe the slate clean so your immune system isn’t overwhelmed by harmful Microbes.

Here are some of the therapies we use:

This solution is used to kill fungal/mold pathogens and to alkalize an acidic pH body chemistry. Sodium Bicarbonate is known to have both anti-fungal properties (see http://cancerfungus.com by Dr. Tulio Simoncini MD) as well as anti-viral/prion properties (see March 2011 issue of Popular Science page 95 FYI section)

A wide variety of applications follows from its neutralization properties, including reducing the spread of white phosphorus from incendiary bullets inside an afflicted soldier’s wounds. Sodium bicarbonate can be added as a simple solution for raising the pH balance of water (increasing total alkalinity) where high levels of chlorine (2–5 ppm) are present as in swimming pools and aquariums.

Sodium bicarbonate is used in an aqueous solution as an antacid taken orally to treat acid indigestion and heartburn. It may also be used in an oral form to treat chronic forms of metabolic acidosis such as chronic renal failure and renal tubular acidosis. Sodium bicarbonate may also be useful in urinary alkalinization for the treatment of aspirin overdose and uric acid renal stones. It is used as the medicinal ingredient in gripe water for infants.

It is used as well for treatment of hyperkalemia. Since sodium bicarbonate can cause alkalosis, it is sometimes used to treat aspirin overdoses. Aspirin requires an acidic environment for proper absorption, and the basic environment diminishes aspirin absorption in the case of an overdose. Sodium bicarbonate has also been used in the treatment of tricyclic antidepressant overdose. It can also be applied topically as a paste, with three parts baking soda to one part water, to relieve insect bites.

Adverse reactions to the administration of sodium bicarbonate can include metabolic alkalosis, edema due to sodium overload,congestive heart failure, hyperosmolar syndrome, hypervolemic hypernatremia, and hypertension due to increased sodium. In patients consuming a high-calcium or dairy-rich diet, calcium supplements, or calcium-containing antacids such as calcium carbonate (e.g., Tums), the use of sodium bicarbonate can cause milk-alkali syndrome, which can result in metastatic calcification,kidney stones, and kidney failure.

Sodium bicarbonate can be used to cover an allergic reaction of poison ivy, oak, or sumac to relieve some of the itching that is associated with it (an alternative to buying hydrocortisone cream).

Dr. Simoncini, an oncologist in Rome, Italy has pioneered sodium bicarbonate (NaHCO3) therapy as a means to treat cancer. The fundamental theory behind this treatment lies in the fact that, despite a number of variable factors, the formation and spreading of tumors is simply the result of the presence of a fungus.

Sodium bicarbonate, unlike other anti-fungal remedies to which the fungus can become immune, is extremely diffusible and retains its ability to penetrate the tumor, due to the speed at which the sodium bicarbonate disintegrates the tumor. This speed makes fungi’s adaptability impossible, rendering it defenseless.

Selective arteriography represents a very powerful anti-fungal weapon that is painless, leaves no after effects, and has very low risks. It is possible to reach almost all organs with a sodium bicarbonate solution, resulting in treatment that is harmless, fast, and effective.

The fundamental reason and the motives that suggest a therapy with sodium bicarbonate against tumours is that, although with the concurrence of a myriad of variable concausal factors – the development and the local and remote proliferation of these tumours has a cause that is exclusively fungin. At the moment, against fungi there is no useful remedy other than, in my opinion, sodium bicarbonate. The anti-fungins that are currently on the market, in fact, do not have the ability to penetrate the masses (except perhaps early administrations of azoli or of amfotercin B delivered parenterally), since they are conceived to act only at a stratified level of epithelial type. They are therefore unable to affect myceliar aggregations set volumetrically and also masked by the connectival reaction that attempts to circumscribe them.

We have seen that fungi are also able to quickly mutate their genetic structure. That means that after an initial phase of sensitivity to fungicides, in a short time they are able to codify them and to metabolise them without being damaged by them – rather, paradoxically, they extract a benefit from their high toxicity on the organism.
This happens, for example, in the prostateinvasive carcinoma with congealed pelvis. For this affliction, there is a therapy with anti-fungins which at first is very effective at the symptomatological level but through time it consistently loses its effectiveness.

Sodium bicarbonate, instead, as it is extremely diffusible and without that structural complexity that fungi can easily codify, retains for a long time its ability to penetrate the masses. This is also and especially due to the speed at which it disintegrates them, which makes fungi’s adaptability impossible, thus it cannot defend itself. A therapy with bicarbonate should therefore be set up with strong dosage, continuously, and with pauseless cycles in a destruction work which should proceed from the beginning to the end without interruption for at least 7-8 days for the first cycle, keeping in mind that a mass of 2-3-4 centimetres begins to consistently regress from the third to the fourth day, and collapses from the fourth to the fifth.

Generally speaking, the maximum limit of the dosage that can be administered in a session gravitates around 500 cc of sodium bicarbonate at five per cent solution, with the possibility of increasing or decreasing the dosage by 20 per cent in function of the body mass of the individual to be treated and in the presence of multiple localisations upon which to apportion a greater quantity of salts.

We must underline that the dosages indicated, as they are harmless, are the very same that have already been utilised without any problem for more than 30 years in a myriad of other morbid situations such as:

With the aim to reach the maximum effect, sodium bicarbonate should be administered directly on the neoplastic masses which are susceptible of regression only by destroying the fungal colonies.
This is possible by the selective arteriography (the visualisation through instrumentation of specific arteries) and by the positioning of the arterial port-a-cath (these devices are small basins used to join the catheter). These methods allow the positioning of a small catheter directly in the artery that nourishes the neoplastic mass, allowing the administration of high dosages of sodium bicarbonate in the deepest recesses of the organism.

With this method, it is possible to reach almost all organs; they can be treated and can benefit from a therapy with bicarbonate salts which is harmless, fast, and effective with only the exception of some bone areas such as vertebrae and ribs, where the scarce arterial irrigation does not allow sufficient dosage to reach the targets.

Selective arteriography therefore represents a very powerful weapon against fungi that can always be used against neoplasias, firstly because it is painless and leaves no after effects, secondly because the risks are very low.