Fungal infections can occur anywhere on or in the body. When it occurs on the finger/toe nails or on the surface of the skin, oils or creams can be used to treat the infection. When it occurs in the mouth, sinuses, lungs, reproductive or gastrointestinal areas, things must be approached differently. Which supplements or anti-fungal herbs will be effective in ridding the tissues of the infected areas? As an herbalist of several years I can tell you I have tried everything from Oregano Oil to Coconut Oil, Pau D’Arco bark, Citrus extracts, you name it, and at first they would work, perhaps giving days, even months of relief. However, the infections would return, they would seem to be in the same areas, sometimes different areas. I didn’t understand, I was taught that these herbs would kill fungi or mold, so I reasoned that this must just be an issue of re-infection. In some cases it was, if there was mold in the home of the client, they would be continuously inhaling the spores re-creating infection. This was not always the case with most clients, they were not re-exposed. 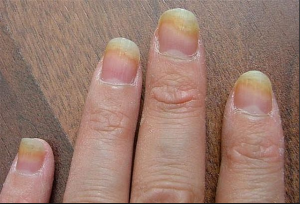 I began to do more research, I found a doctor who had been working with fungal infections for more than two decades. He began to open my eyes as to what was really going on, the fungi was not gone at all, rather it was dormant, hibernating until the properties of the anti-fungal herbs was no longer detectable, then it came to life again. This is similar to a bear during the winter, it is not dead, it is merely living off the food it has collected, the metabolism of the bear has slowed, it can stay alive for months without taking in food. The bears’ body has adapted and created thick coat to protect it from the freezing cold. The same applies here, however, in order to survive the fungi must adapt to the environment which it is in, resisting the herbs which have been taken to kill it. Can fungi mutate to adapt to a chemical (herbal) which has been introduced to destroy it? Yes, it can. Here are two studies from the CDC which directly show how fungi can easily mutate against the strongest Anti-fungal prescription drugs. What makes us as herbalists think that our favorite herbs are any different? Although, when first taken, the anti-fungal will kill some of the fungi, producing “die-off” symptoms. This makes the person “think” it’s working, when in reality it’s just beginning to adapt!

Throughout the history of biology there is an example after example, study after study on how biological organisms will make incredible changes to themselves in order to survive. Fungi and molds are no exception, they can/will/do mutate very quickly. In fact the more complex the chemical structure of any anti-fungal agent (prescription or natural) the easier it is for the fungi to mutate. The old adage is true, the simpler the better!
Things with the least amount of chemical components actually work the best, for example, Oxygen (O2)/Ozone (O3) is comprised of 2 or 3 molecules, the same also applies to Hydrogen Peroxide (H2O2) no more than 4 molecules. Even though there is great effectiveness to Ozone destroying fungi, there is a catch, the fungi must be exposed to the ozone gas for no less than 20 minutes. Ozone is no longer ozone when it absorbs into the blood, it becomes dissolved oxygen and will not kill fungi. We offer a very well rounded treatment plan which takes approximately 3 weeks to complete, it is very effective and can help to boost the immune system, detoxify tissues and alkalize the body. This new therapy has 25 years of success behind it which allows us to have confidence that there is hope!!!