The human body has so many defenses against invading pathogens that it’s actually quite amazing that any microbe could survive, let alone thrive in our body. The immune system consists of numerous glands, organs, cells and fluids, making up the most complex defense network imaginable. Working harmoniously together the white blood cells mark invaders, then attack, then clean the mess afterwards, creating a beautifully clean environment. What happens in the body to allow foreign life forms to create a home within the tissues? The immune system can be weakened significantly by; nutritional deficiencies from poor dietary habits, synthetic chemicals, high levels of heavy metals, air and water pollution, etc., things which we are all exposed to on a daily basis. 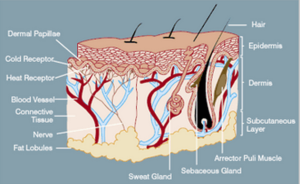 The skin protects the outside of our body and keeps out bacteria and fungus because of high levels of beta carotene, which provides the cells with the ability to keep the outside world from entering our skin. The skin does contain pores which open and close to release sweat to cool us when were hot, liquids can penetrate the skin carrying small particles with it, however not all those particles are good for us. From there the white blood cells take over and destroy the foreign material if it is a threat. What happens when the white blood cells are not actively searching to protect the body? Invaders move in and begin to propagate in massive numbers, sometimes not producing symptoms for several years, even decades. Our immune system is, at times, stronger than others, fighting back invaders to a “manageable” degree, however not fully completing the task. The infection can become walled off from the rest of the body and can continue to form dense colonies.

Our nose, eyes, ears, mouth are also easy ways in for spores of fungus. If we eat something that is contaminated with bacteria or fungus the hydrochloric acid (stomach acid) in the stomach should breakdown and digest the outer protein coating on the invaders killing them before they can harm us. However, what happens if there’s not enough stomach acid to breakdown the invaders? They then are able to go into the gut and begin to colonize, if they make it into the blood depending on the type of invader they can make the person very ill quickly or slowly over long periods of time. Fungal colonization can take a very long time to rear its ugly head, when it does it can be very hard to destroy, because of how deeply rooted it is and wide spread. Imagine for a moment that you have dough in the palm of your hands and you close your fist and squeeze. What happens? The dough squishes through the creases in between your fingers. Now picture the cells in your tissues being several layers thick. The cells in the tissue divide putting pressure on one another to form a tight weave and in between them fungal spores are colonizing and growing. As the cells grow and divide they squish the fungal spores just like the dough in your hands, the fungi will actually spread out in between the cells and sometimes even grow right through the cells, right out of the body. If the fungi are growing in tissues of organs, the organs ability to function is greatly impaired. Back in 2005, long before I knew how invasive fungi could be, I had a client who actually grew a mushroom shaped growth out of her pinky finger because of the fungal infection she had. I had to take pictures, she had to have the “mushroom” surgically removed.